The city of Memphis became the capital of ancient Egypt when the kingdoms of Upper and Lower Egypt were first united c. 3000 BCE. At the heart of the city was the great Temple of Ptah, creator god and patron of craftsmen – one of the most important sanctuaries of Egypt. With the beginning of the Middle Kingdom, political power moved further south to Thebes.

Yet Memphis remained one of the greatest cities of Egypt. Only when the country became part of the Roman Empire it finally lost its role to Alexandria, the new metropolis on the Mediterranean coast.

Since 1979, the ruins of Memphis together with its necropolis of Saqqara and the pyramids at Giza have been listed as UNESCO World Heritage.

Kings, Officers, and Their Souls 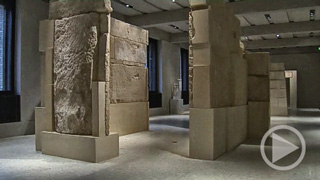 Providing for the Afterlife: Burial Chambers

The chambers from the 3rd millenium BCE are decorated with reliefs that tell vivid stories from Egyptian daily life. We see farmers and craftsmen, family life and farm animals, a moving boat - and a door that only the soul can cross…
▶ The Berlin Egyptian Museum▶ Saqqara/Memphis
02:09 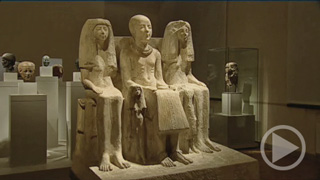 The Family Statue of Ptahmai

What’s in a statue? In this one, found in Saqqara, unique historical testimony from the era of Ramesses II. (19th dynasty), the social status of a deceased officer, the fabric of his family – and, surprisingly, the equality of men and women…
▶ The Berlin Egyptian Museum▶ Memphis/Saqqara
01:31 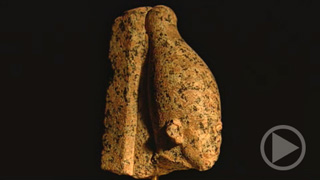 The Head of a Statue of Senusret III

A small granite head of the pharaoh Senusret (or Sesostris) III, dating from 1860 B.C. For a long time, historians thought sculptures like this didn’t portray individuals. But a closer look reveals a surprising story of how Senusret conquered the world – with words…
▶ The Berlin Egyptian Museum▶ Saqqara/Memphis
02:49 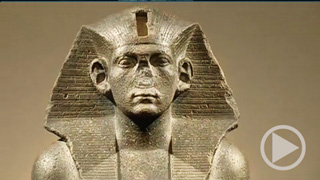 What’s 600 years? This statue of Amenemhat III, who ruled around 1800 BC, was deliberately rededicated to Merenptah, son of Rameses II, about 1200 BC. Evidently Egyptian kings saw themselves as part of a tradition that could easily span half a millenium…
▶ The Berlin Egyptian Museum▶ Memphis/Saqqara
02:18
This website uses cookies - for more information about this and your rights as a user, please see our privacy policy. Click on "I agree" to accept cookies and to be able to visit our website directly".