The Nasrid Legacy - The Alhambra Today

The Nasrid empire was always under threat, the economic situation never marked by abundance. That makes it all the more astonishing what the Alhambra architects created with modest means. Clay, wood and plaster – the raw materials were found locally and used to construct an entire fortress city.

From the Babylonians and Egyptians to the Greeks and the Romans – architects have always valued the qualities of plaster: it can be found almost anywhere and is easy to work with. But there is nowhere that demonstrates such a huge variety of sophisticated plaster motifs as the Alhambra.

In the 14th and 15th centuries, the Nasrids began to mass-produce decorative elements. Previously, the plaster adornments had been carved directly on the wall. But now, craftsmen used a model to make a template, turning that into a mould for casting. In this way, duplicates could be made of individual motifs – a major advance.

The restoration of these extremely fine embellishments is a highly specialist task. One big problem is that it’s difficult to ascertain what’s left of the original design and what has been altered over the course of the centuries. Plaster can also be found on the construction material lists of the Catholic kings – an indication that they carried out repair work immediately following the conquest of the Alhambra, or that they even tried to imitate the Nasrids’ work with new decorative features. Yet they didn’t trust the former Muslim residents of the Alhambra to do the work – the new heads of the household arranged for a stucco master craftsman to come from Zaragoza. He took up his work in March of 1492, along with two apprentices. 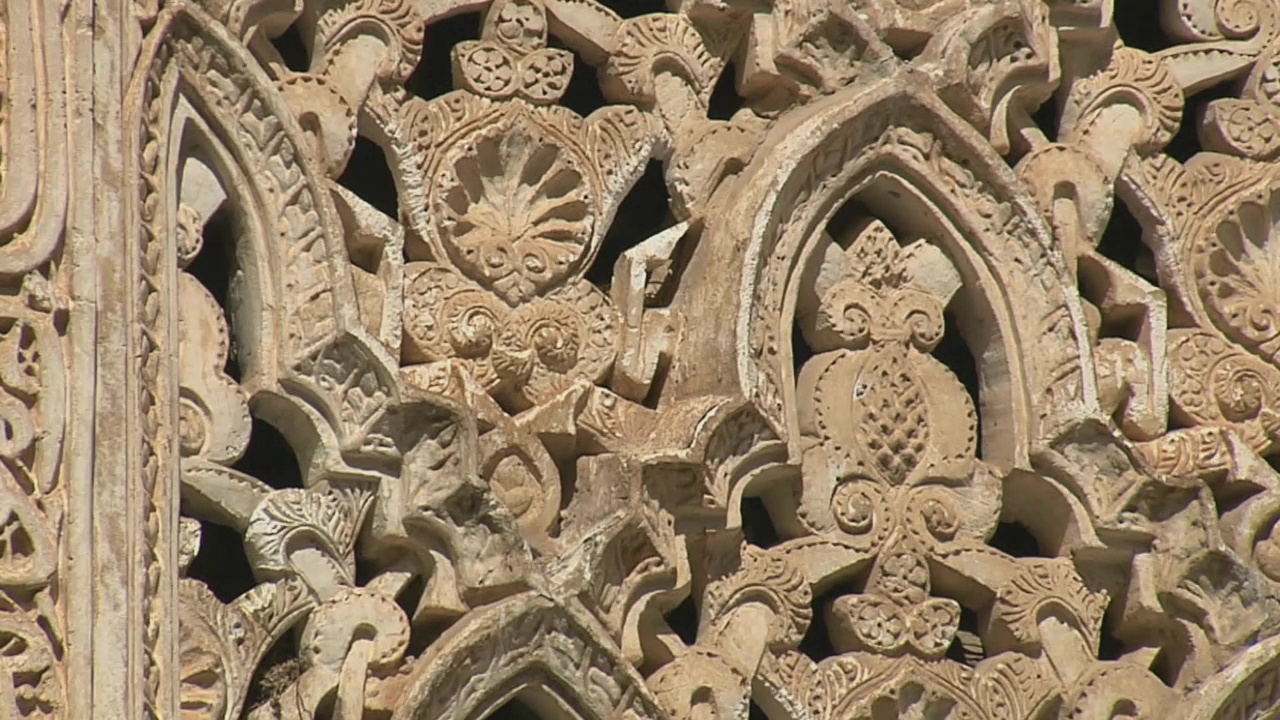 Systematic renovation of the Alhambra finally began in the 19th century. But the curators permitted themselves to fully pursue their own aesthetic ideas. For example, they tried to conceal breaks between new and old plasterboards. To do this, they applied a brown fluid to the surfaces with a brush. They sacrificed even original colours to achieve the desired effect, which was to simulate an ancient patina. The walls are still brown to this day – but during the days of the Sultans, they were brilliant white with coloured embellishments. With the help of black light, we can see today which bits were subsequently touched up.

The Nasrid craftsmen also demonstrated their mastery with wood. The ceiling of the Mirador de Lindaraja is the only surviving example of its kind. It gives us an idea of how most of the windows of the Alhambra must have looked. The restoration of the wooden frame studded with coloured pieces of glass is a three-dimensional puzzle.

Just as here in the case of the hydraulic system of the Court of the Lions, restoration work requires the expertise of a whole palette of specialists: archaeologists, art historians, architects and restorers. Understanding the legacy of the Nasrids is a scientific, and meticulous team effort.

Nevertheless, some ornamentation and entire architectural elements have been lost over the course of the centuries – not least because the restorers didn’t always respect the true heritage of the buildings. The best-known example of this is probably the conflict over the cupola in the Court of the Lions. 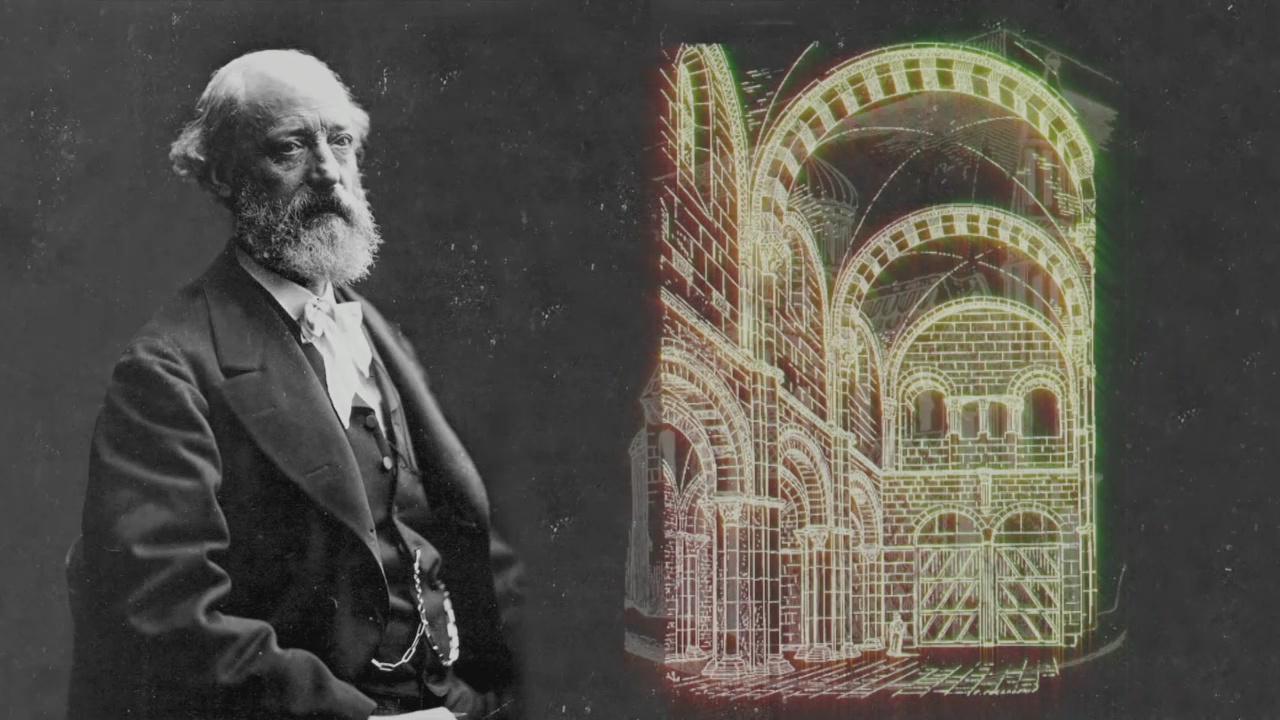 In the 19th century, the French architect Eugène Viollet le-Duc was a leading restorer. He had a profound knowledge of bygone building techniques – but preserving accumulated history wasn’t one of his top priorities. He wanted to have a building resurrected in its "characteristic style". And anything that wasn’t in keeping with that style was removed. His interpretative model influenced an entire epoch. Including the restorers of the Alhambra, who invented the ideal of an “Arabic style”. In the year 1859, they replaced the roof of a pavilion in the Court of the Lions with a cupola of ceramic bricks – which was supposed to correspond to the style of the Orient.

"They were of course slaves of their time, and romantics. They created a Romantic Alhambra. The little temple on one of the pavilions in the Court of the Lions was also in line with this principle. This temple looked half Turkish, half Persian, with a touch of Hindu thrown in. The result was obvious: the oriental covering made no sense whatsoever."

These are the words of Emilio Garcia Gomez, himself a famous Arab scholar.

The architect Leopoldo Torres Balbás was appointed head conservator in 1924. He had the cupola torn down, and replaced it with the original roof. This was nothing short of a sensation! The move generated newspaper column inches in London, Berlin and Paris. A new mindset had taken hold: Since the arrival of Torres Balbás, the restoration of the Alhambra would not be subject to Romantic fantasy, but based on scientific criteria and respect for the building’s unique original features. Indignant debate raged throughout Granada at the time: Many had grown used to their indulgent, Romantic Alhambra and accused the new restorer of disfiguring it. Today, humanity profits from the insights won by the experts working here.

"Not only does the Alhambra project carry out conservation work, it also does all it can to disseminate the idea of the Alhambra. We are working on preserving its cultural heritage, so that we can pass it on to future generations for further use." 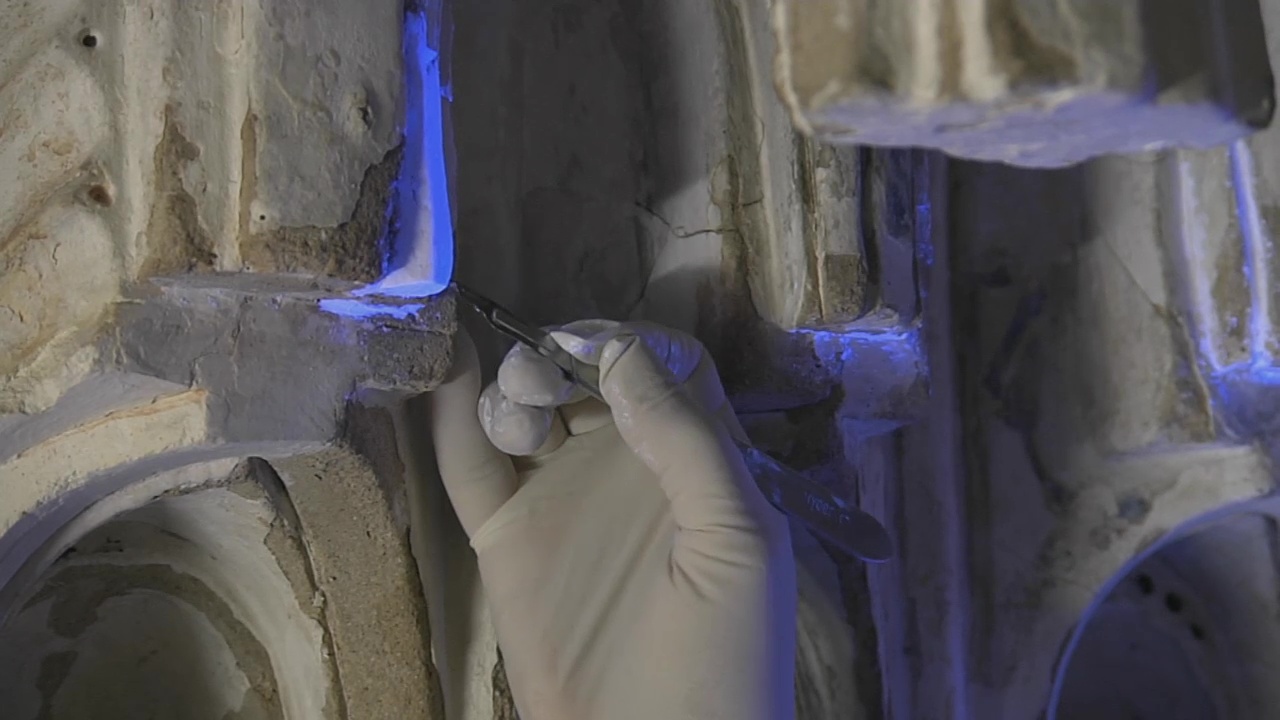 Educational programmes on offer here are aimed at promoting the appreciation of other cultures – and direct contact with the Alhambra story sparks an interest in other ways of life and forms of expression.

The Alhambra and the Generalife are living monuments: For more than 60 years, the palaces and gardens of the Nasrids have provided a spectacular backdrop for performances by musicians and artists from all over the world at Granada’s famous international festival of music and dance.

"It is clear that because of the Alhambra, Granada is an international city. Perhaps owing to the unique nature of the monument, and perhaps because it has been possible to maintain this legacy to this day. Millions of people come to see it every year. And what the Alhambra symbolises really also shines a spotlight on ourselves. I even believe that the Alhambra has a role to play for the entire nation. Because getting to know the Alhambra brings us into contact with a significant past – a past in which different cultures merged. A history that should be understood as the key to a harmonious coexistence – which is so urgently needed today."