The History of the Museum

Catalonia – from the waves of the Costa Brava, over the vineyards, down to the deep valleys of the Pyrenees.

Oh mountains without compare, in my fatherland I distinguish you from afar
By the clouds and the sky,
By the eternal repose, by the color of deepest blue.

That stirring description was written by the poet Bonaventura Carles Aribau in 1833. His verses became foundational – because they were written in Catalan. Catalonia could look back to a great culture, but in the mid-19th century it was being oppressed. In the Middle Ages Catalonia had been the center of a mighty empire. Barcelona was one of the great art centers of Europe. But since the Renaissance, Catalonia had been part of Spain, eternally in the shadow of Madrid. In 1707 the Spanish king Philip V took away the autonomy of Catalonia – and decreed that the language of all public institutions be Spanish.

Then in the 19th century Barcelona experienced a heyday. The wealthy class developed a new confidence. Bolstered by their economic power, they resisted the central government. Their cityscape reflected that – the people tore down the citadel, symbol of oppression – and replaced it with a park.

Above all, the Catalonians wanted their own language back. After a century of suppression the language underwent a literary revival; books appeared in Catalan, libraries opened – and the medieval poetry contests, the Jocs Florals, were revived. The most beautiful poems in Catalan won floral prizes – the third-placed poem garnered a silver violet, the second placed a golden rose. The victor received a real rose. It would fade, while his poem would become immortal.

Five hundred years after its golden age, Catalonian culture began to flourish anew. A new museum was established to house and maintain the rediscovered Catalonian heritage, from the oldest treasures to the masterpieces of modernism: The Art Museum of Catalonia. 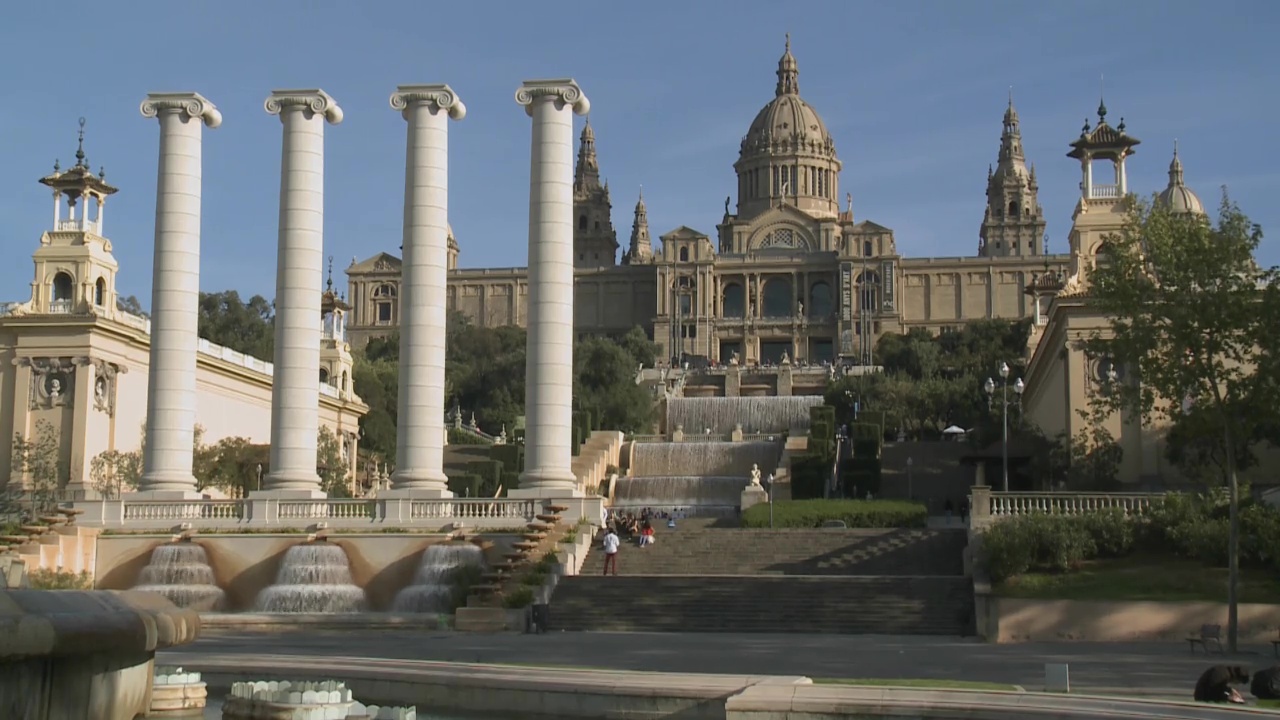 "The museum’s history is a rather recent one. The definitive foundation was in 1934 when Joaquim Torres established it. It is closely tied to the cultural construction of our country, Catalonia; and in particular to the recovery of the country‘s cultural heritage. The rescue of the frescos from the Pyrenees in the expeditions of the 1920s – to prevent them from being sold abroad, to prevent our heritage from being lost: that is the origin of the museum. Later it incorporated various collections, and despite its short history it has become the museum of reference of our country."

Montjuic hill: a refuge with parks and the botanical garden, the Olympic stadium, museums and the fortress – a cultural Olympus high above the day-to-day life of this city of over a million. In 1929 the site hosted the International Exposition. Its emblem became the Palau Nacional, the national palace – and this became a suitable home for the museum. The best artists of the time were involved in its construction. Thus the building itself became a symbol of the cultural revival.

A thousand years of Catalonian art are on display here – a millennium of a unique voice in the concert of European culture – a voice that sometimes rang out loudly, that was sometimes muted but that never fell silent.

"When it comes to art, the Museu Nacional is our country's museum of reference – one of the great museums of the state of Spain and of Europe, especially with regard to the medieval world."